Clements, Taylor, Butkovich & Cohen, L.P.A., Co. was formed in January of 2015 when Clements, Taylor & Cohen LPA Co. and Butkovich & Associates merged into one firm. As the result of the merger, we are better able to serve the needs of our clients in the Industrial Commission, Ohio Court System, and before the Social Security Administration.  Our staff is well trained and focused on helping our clients through the process of their workers compensation claims, injury claims, and social security claims. Give us a call and schedule a free consultation.

Most of our attorney fees are contingent upon settlement; our lawyers take cases based on our ability to solve our clients’ problems, not on the amount of money involved in the claim. Our team of disability claim and personal injury attorneys has experience working with clients who are suffering from work-related injuries, temporary and long-term disabilities, or damages and injuries sustained as the result of another person’s negligent actions. Our law firm is AV rated; our injury and accident attorneys provide complimentary initial consultations and are available for evening and weekend appointments.

Our attorneys’ specific areas of practice are:

The lawyers of Clements, Taylor, Butkovich & Cohen, L.P.A., Co. represent families and individuals in Greater Cincinnati and throughout southwest Ohio and the tri-state region. The communities that our attorneys serve include Cincinnati, Loveland, Fairfield, West Chester, Hamilton, Norwood, Colerain, Milford, Middletown, and Batavia. 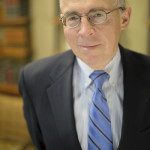 Attorney William E. Clements is a lifelong resident of Hamilton County, Ohio. He currently resides in Symmes Township, is married, and has three children.

Mr. Clements has a particular interest in handling workers compensation and personal injury claims where he can represent injured workers in seeking compensation from negligent parties. In 1982, Mr. Cohen was admitted to the Ohio Bar as well as to the United States District Court for the Southern District of Ohio and the United States Court of Appeals for the Sixth Circuit. His practice concentrates in the areas of workers compensation law, personal injury law, medical and legal malpractice, Social Security disability, and civil appeals.

Mr. Cohen lives in Hyde Park with his wife and two children. He’s been active for the past 20 years in the Greater Cincinnati area as an actor and director in live theatre. 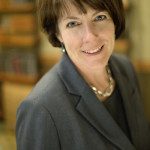 Ms. Taylor has tried many workers compensation and personal injury cases; in 1999, she was certified as a specialist in Ohio workers compensation law by the Ohio State Bar Association. She also continues to practice in the areas of Social Security, intentional tort, medical malpractice, and negligence law. Ms. Taylor is admitted to practice in all agencies and Courts of Ohio, the United States District Court for the Southern District of Ohio, and the Sixth Circuit Court of Appeals. She is a member of the Ohio State Bar Association, the Cincinnati Bar Association, the Hamilton County Trial Lawyers Association, and the Ohio Academy of Trial Lawyers.

Ms. Taylor has two children, and resides with her husband in Cincinnati. 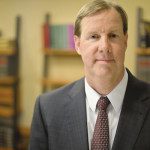 Born in Cincinnati, Ohio, Joseph received his undergraduate degree from the University of Notre Dame (1988) and his law degree from Capital University (1992). Joseph was admitted to the Ohio Bar in 1993. Son of John Butkovich, founding member of the firm, Joseph has dedicated his professional career to serving the interests of Injured Workers and their families.

Joseph is a member of the Cincinnati and Ohio State Bar Association, and the Ohio Association for Justice.

Joseph is married to Kerry Butkovich and has four children, Patrick, Sean, Maggie and Molly.

The attorneys of Clements, Taylor, Butkovich & Cohen, L.P.A., Co. are dedicated to being of service to our clients and our Greater Cincinnati communities. Contact our law team by calling 513.721.6500, or use our convenient web form.

The law firm of Clements, Taylor, Butkovich & Cohen, L.P.A., Co. represents families and individuals in Greater Cincinnati and from throughout southwest Ohio and the Tri-State region with concerns in workers’ compensation, social security disability, malpractice, and personal injury. The communities that we serve include Cincinnati, Loveland, Fairfield, West Chester, Hamilton, Norwood, Colerain, Milford, Middletown, and Batavia.

Words themselves can’t even explain how grateful I am to you and your staff for your hard work on my behalf. Mr. Butkovich, you and your staff are for sure, in my feelings, the best law firm in the field when it comes to dealing with Workers’ Compensation. I would like to thank you for keeping me totally up to date that has happened with my case. Whoever reads this and ends up being hurt on the job would be foolish if they were to contact any other law firm….Mr. Butkovich you and your staff can rest assured that if I know or come across someone that is in need of a law firm for a matter that you handle, I will be the first to recommend you and your staff. I could go on and on about the different things that you have professionally handled but for me the bottom line is that you and your staff are experts in Workers’ Compensation and the other matters that you handle….Again thank you so very much for the excellent job you did for me.
Charles W. (Client)
View More Testimonials
MENU