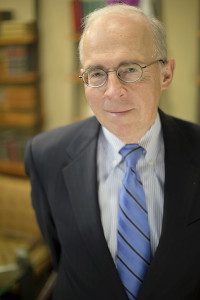 William E. Clements is a lifelong resident of Hamilton County, Ohio having attended Sycamore Schools. He is married and has three children. He currently resides in Symmes Township.

Mr. Clements obtained his law degree from the University of Cincinnati College of Law where he won awards for advocacy as part of the Moot Court Program. He graduated in 1979.

An important part of Mr. Clements’ practice involves the handling of workers compensation cases. In this capacity, he has successfully represented injured workers in several landmark and often cited Ohio Supreme Court cases, notably Blankenship v. Cincinnati Milacron Chemicals, Inc., which established an injured workers right to sue his employer for an intentionally inflicted injury. He also established rigid standards, which the Industrial Commission must follow in preparing awards and orders, in State ex rel. Noll v Industrial Commission. Some have stated that Noll is the most cited workers compensation case in Ohio courts.

Mr. Clements’ practice emphasizes workers compensation matters and the handling of personal injury cases. Much of his time is spent in court or attending hearings before the Industrial Commission. He also handles probate matters.

Words themselves can’t even explain how grateful I am to you and your staff for your hard work on my behalf. Mr. Butkovich, you and your staff are for sure, in my feelings, the best law firm in the field when it comes to dealing with Workers’ Compensation. I would like to thank you for keeping me totally up to date that has happened with my case. Whoever reads this and ends up being hurt on the job would be foolish if they were to contact any other law firm….Mr. Butkovich you and your staff can rest assured that if I know or come across someone that is in need of a law firm for a matter that you handle, I will be the first to recommend you and your staff. I could go on and on about the different things that you have professionally handled but for me the bottom line is that you and your staff are experts in Workers’ Compensation and the other matters that you handle….Again thank you so very much for the excellent job you did for me.
Charles W. (Client)
View More Testimonials
MENU